Kid Kora, former member of the music group, The Kansoul, has opened up on why he left the group; 4 years after his exit.

Kora, who dropped the “Kid” in his name claims that the other members, Mejja and Madtraxx were taking advantage of him, and that they kept blocking him from receiving royalties from the group’s projects.

He further claimed that the two artistes owed him money and were nowhere in sight, when he needed help to cater for his child’s school fees.

The 34 year old rapper and younger brother to Bamzigi, Necessary Noize founder, had been part of The Kansoul for 7 years, before calling it quits in 2018. Since then, Kora had not given any reason for the fallout up until now.

Kora also called out his former group members for refusing to change the content in the music they were releasing, at the time.

The record producer claims he did not want to keep releasing songs that demean women, while upholding the party-life persona.

Mejja, Kora and Madtraxx all had successful music careers before they merged and kept dropping club-bangers that were a big hit with Kenyans.

The group has been featured on Coke Studio Season 4 and were also nominated for MTV Africa’s Music Awards(MAMA’s) 2016 listeners’ choice award. 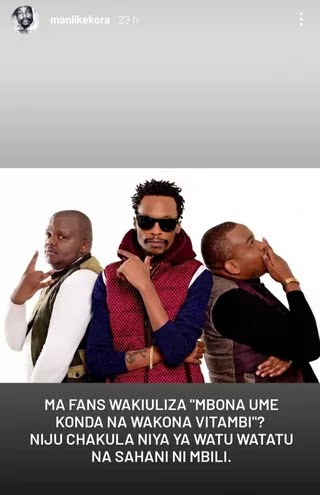 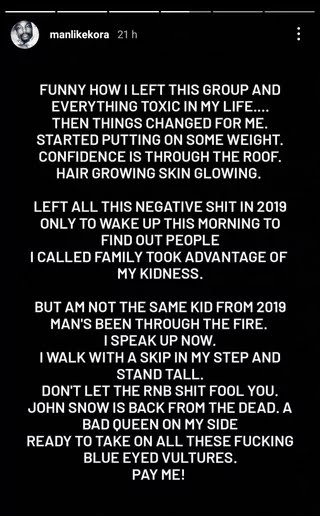 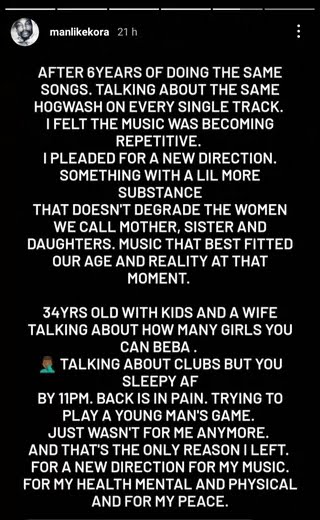 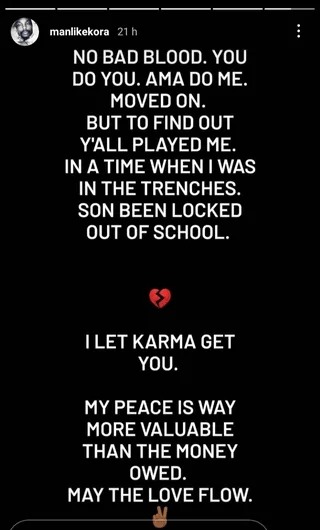