This brings the total number of cases in the country to 857 after 2198 tests were conducted in the last 24 hours.

Oguna also revealed that 12 more people were discharged from the hospital bringing the total recoveries to 303.

34 of the new cases are males with 23 being females. These cases include a two-year-old and the oldest is sixty-one years old.

Mombasa recorded the highest cases at 35 followed by Nairobi with 17 and Kajiado with three while Kwale and Kitui and a single case each.

In addition, 12 truck drivers from Tanzania tested positive, 11 at Lunga Lunga border and one at the Taita Taveta border.

Oguna further called on Kenyans to be more observant of the directives by the government while arguing that the curve is far from flattening.

Below is the full statement: 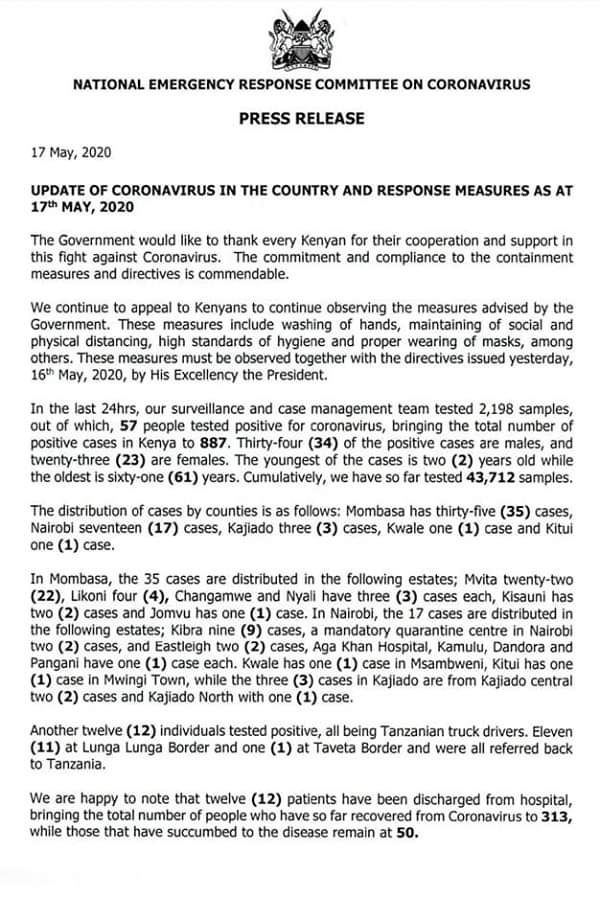 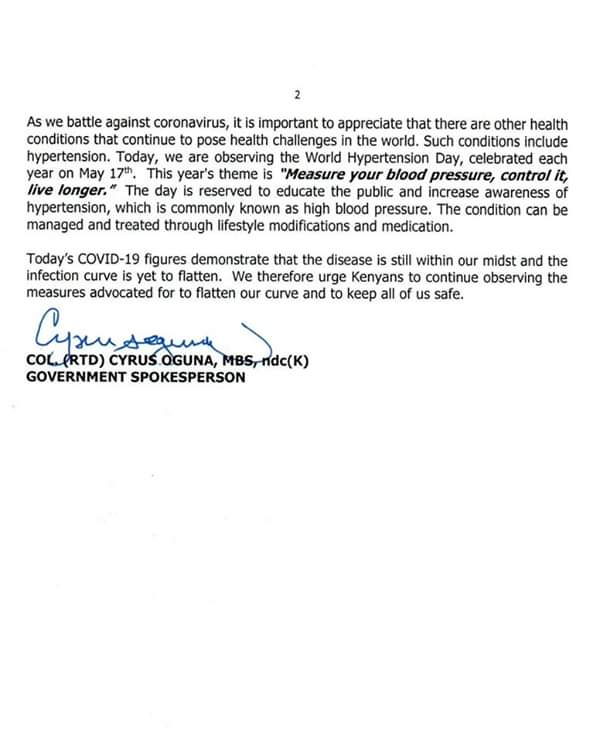