Home Entertainment Kenyans Smell a Rat after Ruth Matete was Accused of Being Violent...

A video made by Nigerian Gospel artist Jesse Mc Jessiey claiming that Ruth Matete was violent to her late husband has raised many eyebrows around the country.

The video making rounds was first posted on Facebook. According to the late Beloved John’s manager, Ruth Matete constantly fought with the late husband and even wanted to kill him.

He dismissed assertions of a gas accident and blames Ruth for the premature demise of the husband. He confirmed that Ruth had stabbed her late husband on three different occasions and he was party to one of their fights in Athi River. 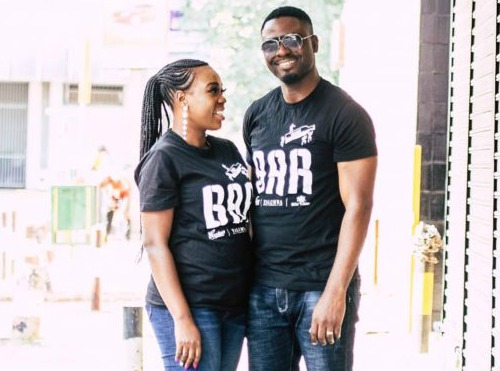 Sharing Screenshots and Audio, the manager said Ruth had taken the death unusually casual. He then called on the government to conduct an autopsy on the body to find out the exact cause of death.

The whole situation has left Kenyans on the fence with many calling for her arrest while others taking her side saying there is no substantial proof to back up his claims.

Here are some of the reactions from Kenyans on the heartbreaking story.

Wueh! So Beloved John Apewajoye’s death just took a different Turn! What I hearing in this video from his manager is very worrying. That Ruth Matete actually stabbed John in their Marriage and was Violent towards him! I really need some Air. This is quite something. Ghai! 😔

On this Ruth Matete story,

I doubted the gas story.

This should not be ignored but we should at least give Ruth Matete peace as she moan her beloved husband. I smelled a RAT. pic.twitter.com/pDvyFe6RhK

Ruth Matete case is just telling us churches should be closed forever. They are full of hypocrites. For example, our next president DP Ruto, Pastor Ng’ang’a, Kale ka pastor katoto……..

People are asking for the side of Ruth Matete, she already told us her side of the story; It was a gas cylinder accident. That was her side. Now we have heard the side of the manager. It is only fair that she gets ARRESTED immediately and @DCI_Kenya provides answers to Nigerians

Depravity leaves footprints. Do due diligence, you’ll find it.

If you don’t, it will find you.

Hii maneno ya “all that matters is who he/she is now” wacheni kwa movie.

Ruth Matete should be arrested based on the allegations raised by john’s friend. Ruth Matete was very violent. We all know even if she’s arrested they will release her. A Kikuyu onced killed abussines tycoon the case is now done.The lady is free.Avoid kamba and Kikuyu ladies