The seven militants armed with AK-47 rifles who struck at around midnight managed to destroy the diesel generator used to power the Safaricom mast.

Talking to KNA on phone, North Eastern regional commissioner Mohamed Birik said that a team of 21 security officers quickly responded when they heard gunfire from the Safaricom mast.

“The militants first fired several rounds on the diesel generator destroying it. But before they destroyed the mast, our security officers in the nearby camp arrived and engaged them forcing the militants to escape,” Birik said.

He said that a team of security officers from Garissa led by the County Police Commander Alfred Ongengo visited the scene to assess the situation.

Birik said that there were injuries on both sides but dismissed rumours that the mast was destroyed and the 21 security officers were missing.

“It’s untrue that the mast was destroyed. We have accounted for all our officers. I want to urge those posting unverified information on the social media to stop the habit,” he noted.

“The information only serves to create panic and nothing else. Let those fond of using the social media to desist from posting unverified reports especially touching on security,” he added.

The regional commissioner said that the attackers were being tracked down.

Birik assured area residents that security officers, especially at the border, have been put on high alert to prevent the attacks by the militants.

“I want to assure the residents of North Eastern and Kenyans in general that our officers are on high alert and working round the clock to ensure that they are safe,” he said.

The region has remained peaceful for the last few months apart from isolated attacks along the border targeting security officers. 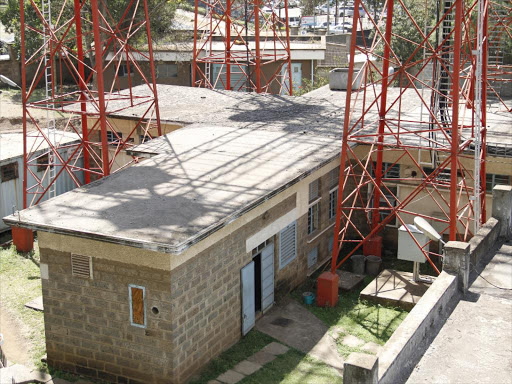 The Al-Shabaab militants have been targeting Safaricom masts in order to cut communication and frustrate efforts by residents to volunteer information on their movement.

The militants are also taking advantage of the poor road networks occasioned by the recent rains in the area that have limited security officers’ patrols to carry the attacks. They can now move long distances in smaller numbers without being easily detected.

There is also plenty of milk and water to sustain them.