Daily Nation has once again landed on the receiving end of Deputy President William Ruto’s wrath, over claims that President Uhuru Kenyatta, and himself, are in dispute.

In its Friday publication’s front-page headline, the paper claimed that the two leaders are fighting for control of Parliament, as the Senate gears up for the vote on the Treasury’s proposal to raise the country’s debt ceiling.

“Uhuru and Ruto fight for control of Parliament,” the Daily wrote.

The Treasury is seeking to amend the Public Finance Management Regulations, with the aim of setting the debt ceiling at Ksh9.1 trillion.

“The DP’s allies have vowed to shoot down the proposal, which is dear to the President. Who has the numbers?” the Newspaper teased on the front page, a statement that seems to have got Ruto’s blood boiling, going by his response on social media.

The DP’s close ally, Dennis Itumbi, was also quick to reiterate Ruto’s sentiments on the claims of unhealthy competition between the two Jubilee leaders, stating that the DP is actually Uhuru’s right-hand man in terms of getting the Senate to approve the proposal.

This is not the first time that The Nation and Ruto have been at loggerheads over the matter.

On Oct 14, the DP put the Daily in its place for publishing an article that claimed that Uhuru had turned to the opposition, to help him rally support for the motion, which was in the National Assembly at the time.

According to the article, the DP, when approached by Uhuru, attempted to blackmail him into giving in to certain demands, including showing support for Kibra by-election Jubilee candidate MacDonald Mariga. 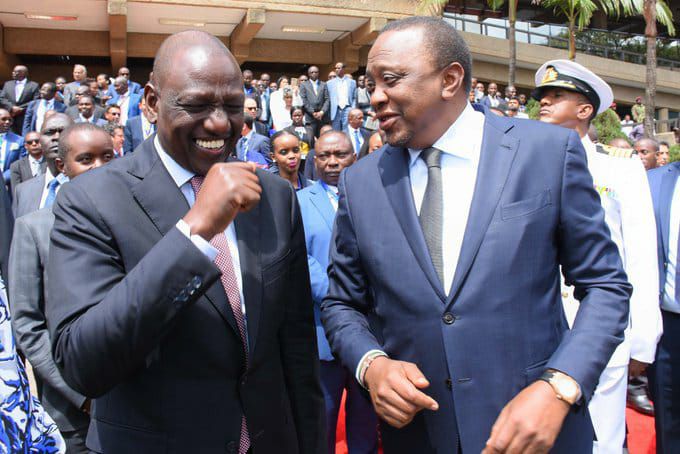 It was then, the Nation reported, that the president turned to ODM leader Raila Odinga for help with the motion, which did sail through to the Senate.