A family in Kiambu was left in shock after learning that a body they had gone to collect from a morgue had been buried.

The incident happened on Tuesday, September 24, when the family of Stephen Mwaura arrived at Kigumo Mortuary to collect the body of their elderly mother, Wanjiku Mwaura, 96.

According to police reports, the family was shocked to find out that the body of their mother was missing from the morgue despite bringing it in for preservation on September 17, 2019. 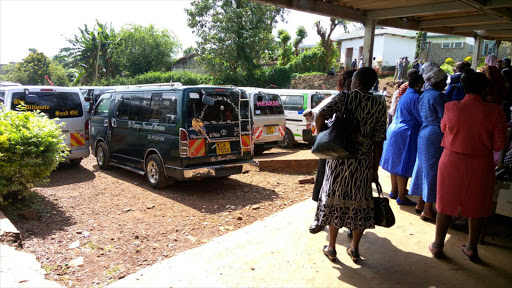 It was, however, established that there was a body picked the previous day for burial at Gateiguru village. Upon further investigations, it was found out that the other family had indeed mistakenly buried the wrong body.

The family from Gateiguru later positively identified the body at the mortuary to be theirs. The two families were advised to seek an exhumation order in order to correct the mess.

Elsewhere along Nairobi – Naivasha road, one man was reportedly knocked down and killed by a vehicle. The body of the victim identified as John Kamau, 34, was found on Tuesday morning lying along the road at Mathore area.

According to police reports, Kamau’s body had visible injuries on the face and on the head. The body was taken to Uphome private mortuary awaiting postmortem.

Why Ruto Has One Foot Out of Jubilee’s Door; Uhuru’s Last-minute...