Kenya Premier League champions Gor Mahia stpped up the pressure on Kakamega Homeboyz at the top of the table with a hard-fought 2-1 victory over KCB at the Kenyatta Stadium in Machakos.

Wellington Ochieng was having the freedom of Machakos on the right flank and it is from one of his solo runs that set up Francis Afriye who opened the scoring with a powerful shot into the bottom left corner.

The match was shaping up to be a Wellington Ochieng show and indeed it did after the right-back again almost set up a goal this time for Clifton Miheso but the winger dribbled the ball out of play when he should have done better.

The Champions were 2 goals to the good on the half-hour mark. A loose ball from a corner found Lawrence Juma just on the edge of the box and the midfielder sent a thunderbolt of a shot on the half volley past the helpless KCB goalkeeper.

The Bankers, led by the speedy Steven Waruru upped the tempo and were duly rewarded with fives minutes to go until half time. Wellington Ochieng carelessly tripped Waruru inside the box and a penalty was awarded.

Former Gor Mahia ace Enock Agwanda stepped up to send David Mapigano the wrong way and reduce the deficit to just one goal. 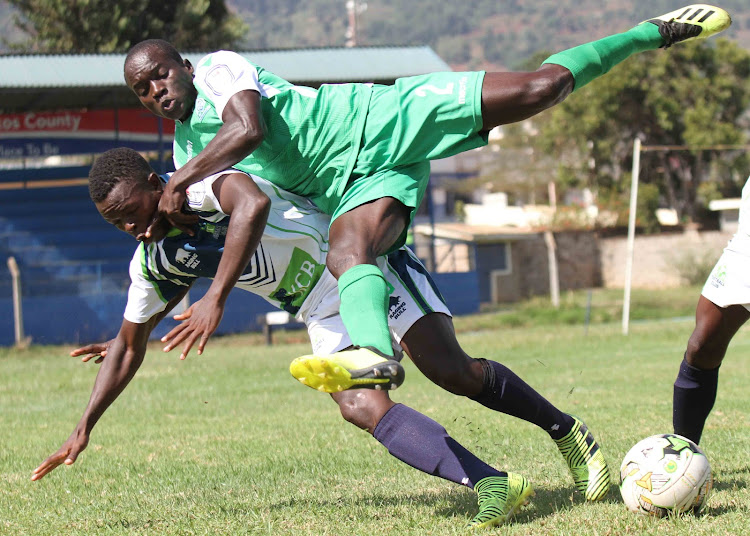 The second half was more of a balanced affair with limited goal-scoring chances. Gor Mahia held on to win and are now the only team with a perfect record in the league. Steven Pollack’s side is now third on the log with 6 points, one behind leaders Kakamega Homeboyz.

Meanwhile, KCB drops to 7th with 4 points. Next up for Gor Mahia is a second leg CAF Champions League qualifier match against Algeria’s SUM Algers at the Kasarani Stadium while KCB host league leaders Kakamega Homeboyz on Saturday.